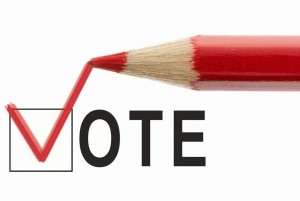 Municipal elections happened here on the Caribbean Coast of Nicaragua on Sunday, March 2, 2014. The results were as everyone expected—the Sandinistas maintained power–but only because the other political parties really had no chance at winning a fixed election so many of those voters didn’t bother to cast their ballots.

The election was fixed for the Sandinistas to win because that is President J. Daniel Ortega’s party. All Sandinistas, whether real supporters or those who pretend to be supporters in order to maintain their jobs and really try to bring about change, are forced to vote. If they suspect that someone isn’t a real supporter, their ballot is marked and how they voted is checked and changed as necessary to bring out the desired results. So there really is no fair voting process at working in Nicaragua.

What most voters and non-voters didn’t realize is that the most important issue on the table during this election process was the building of the Interoceanic Canal. The proposed canal will compete with the Panama Canal as a gate between the Pacific Ocean and Caribbean Sea but comes at an enormous price to Nicaragua especially environmentally. The 45 newly-elected members of the municipal government will decide whether or not the canal gets built on the Caribbean Coast.

It would have been nice to see how the process worked without all the backroom political machinations happening. I don’t pretend to know anything about politics here in Nicaragua but I know what I see and that is that the Sandinista party has an iron grip on jobs and any money coming into the community. If you are not a supporter forget about getting a government job (these are the only jobs in these communities), a government contract or any money that may come through the myriad of organizations that donate money and other resources to this area.

With this election now recorded as a part of history, the future is going to change drastically for the people on the Caribbean coast. Unfortunately there doesn’t seem to be a lot that a non-Sandinista can do about it but hold their breaths, cross their fingers and hope that they reap some of the benefits.